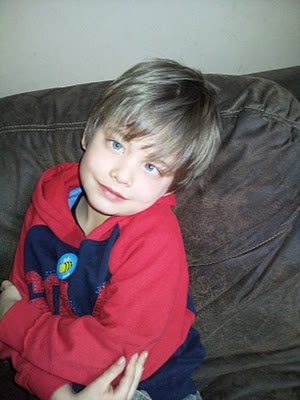 Halfway through July, Scooby seemed to be tired again. He began to fall asleep some afternoons but we weren’t too concerned. He was only on a tiny dose of steroids by then, so we assumed his body was experiencing withdrawal symptoms as it readjusted. He had blood tests which came back normal so we just tried to ride it out. Throughout the summer he continued to be tired but still functioning fairly well, so we just tried to adapt to his needs and wait for an improvement. We managed a holiday to Cornwall, which was fantastic, and it was only in the last weekend in August when things turned bad again.
Within a few days it was clear that something had shifted in his brain. His eyesight moved dramatically again. His balance and ataxia (unsteadiness and difficulty in movement) was worse and he lost his appetite again. We took him back in for tests but they showed nothing and a few days later he began to have seizures again. He went back into Manchester hospital for a week and many of his original investigations were repeated – intensive blood tests, lumbar puncture, bone marrow, CT scans and multiple MRIs. He and Ace celebrated their seventh birthday that week, separately at first, then meeting up in the evening where we were able to take him out, canulas in hands, to McDonalds with my brother and his wife who live in Manchester.
The week after, we went to hear the results of the investigations. The good news was that the lungs were now completely clear. But the bad news was far worse - the stuff was now not only at the back of the brain but it had spread round to new areas too. The tests had not given them any positive results, even though they had sent all the information to many other hospitals in the country, and consulted with specialists on an international level, it could still not be identified. As the letter later stated; He is stuck with a multisystem steroid-responsive condition, with hints at possible immune system disturbance (elevated IgA and IgE) but no diagnosis, nor even a pattern to which this seemingly non-inflammatory multisystem disease belongs.
We came home with a larger dose of steroids to keep his outward symptoms at bay, and some anti-seizure medication, but with no idea what would happen next.
The next few weeks were very hard. The changes in Scooby’s brain were affecting his body in new and unpredictable ways. His legs would sometimes shake, his hands would occasionally stiffen into unusual shapes, he had tremors in his cheeks that would sometimes turn into small seizures, he saw things in front of his eyes, and his hearing seemed to be affected. In addition to this, both medications have a powerful effect on mood and temperament, so he had a lot of frustration and surges of hormones. Because of all these things, he could no longer go to school. He was tired, overly emotional, and scared of what was happening to him. And of course, we were all those things too.
By November, there were still no signs that anything had improved, but as with all things, time has helped us to adjust. He seems to understand his feelings now and is able to control his rages better, which makes home life a bit easier. The education board have provided a tutor for one hour a day, so he is still able to learn and have something else to focus on for part of everyday. Scooby and Rocky have developed a very close relationship, as they are together all the time (except for two mornings a week when Rocky goes to pre-school) and Scooby quite often uses their time together to play school anyway, and gets Rocky to tag along.
And we’re hoping next week may bring something positive. Tomorrow, Richard and Scooby are going back down to Manchester and on Tuesday, he will have a brain biopsy. Obviously, we’re not thrilled about any brain surgery, no matter how minor, nor that it is so close to Christmas, but it is one more chance that they may discover what is happening inside his brain before it spreads any further.
So we would really appreciate your prayers that everything goes smoothly, and that he will back by the end of the week so we can carry on enjoying Christmassy things together.
Thankyou for keeping up if you’ve read this far and I’ll keep you posted about how things go!! 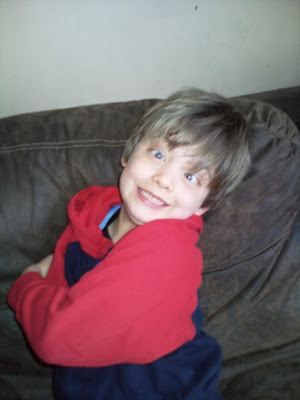