Although we knew it wasn’t over, we thought now that Scooby was out of hospital having left part of himself to be experimented on in various hospitals around the country, we would soon hear some news of what was to happen next.
In the meantime we had no idea when to expect our next big event – the birth of our fifth baby. I was home but still no use to the family and in great pain again trying to get around in our three storey house. Thanks to an amazingly understanding consultant at Lancaster, who saw how bad the state of my pelvis was, and heard our plight about Scooby, I was taken in five days after coming back from Manchester, and on 25th February 2010 our baby girl was born J 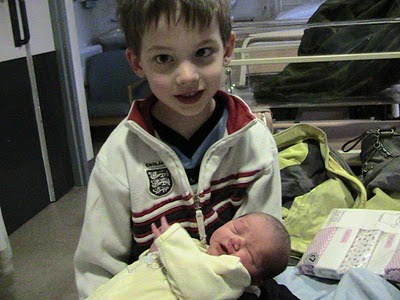 I spent two nights in hospital with her and came back on Saturday 27th – and Richard took Scooby back into the same hospital that night. We knew he wasn’t right, he was beginning to look extremely thin and was too tired to cope with anything. Finally the disease seemed to be catching up with him, and over the next two weeks he began to deteriorate. He stopped wanting to move around and struggled to do simple things like gripping a pencil so he could write. Multiple blood tests and observations were made, but by the third week he was so weak he had virtually stopped eating and communicating – and for Scooby, who has chattered incessantly since learning how to talk, this was extremely serious. Wondering whether he needed perking up by being around family (as I couldn’t take everyone down to Manchester by myself yet), he was sent home for a weekend. We were very excited to have him back, but as soon as he was home, it was clear it wasn’t working. He was overwhelmed by the noise, and needed to be carried up and down the stairs by Richard. It was like they had sent home the frame that used to contain him, but Scooby himself wasn’t there. The next morning we thought he was watching TV when we realised he wasn’t looking at the screen but a few inches below it and his face was tremoring slightly. We couldn’t get him to respond, so we rang an ambulance. He had had an ‘absence seizure’; rather than jerking and shaking, the body goes into a rigid, trance-like state and the brain is unresponsive.
Up until this point, the doctors had been reluctant to intervene with any treatments as there was still no diagnosis, so they wanted to see what the development of the actual symptoms were, rather than masking them with medicines. But now he was seriously ill and they had to start to intervene. He was put on a nose tube to be fed, and started on a very high dose of steroids. They could see an immediate improvement, and so after a couple of days were able to release him back home, armed with masses of medical equipment. It was the end of March meaning he had finished his second month-long hospital stay of the year. 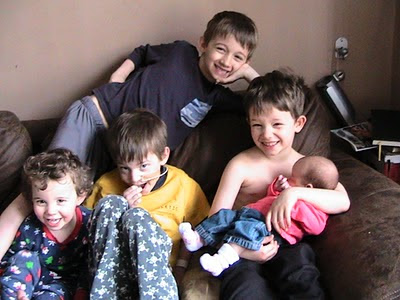 His progress was incredible and after just ten days he was able to come off the nose tube. The steroids gave him a massive appetite so he put weight on immediately and was soon heavier than he had ever been, to our amazement. The only glitch was at the end of April, when everything seemed to be going well, he suddenly had another seizure – an active one this time, with shaking and jerking, and it needed medical intervention to stop.
We were pretty taken aback by this, but doctors reassured us that children often did have single episodes of seizures after a lot of internal changes and medical stress, so it was too soon to know how significant it was. It reminded us though that Scooby still needed a lot of care even if he was looking healthy on the outside.
He was able to go back to school for most of the Summer term, which was brilliant. Thankfully Scooby has always loved school and learning, and so he threw himself back into it. He probably missed about one day a week through various appointments in Lancaster and Manchester hospitals, but the rest of the time he seemed to be doing so well that his teachers were really pleased. He got a good report at the end of June from the hospital, and scans showed an improvement in his lungs, although the always hard-to-read MRI was unsure about changes in the brain.
All the time, Scooby was gradually being weaned off his steroids. Although they have done amazing things in him, they have massive side effects and are only supposed to be a temporary solution to a problem. We were satisfied that they had given his body the boost it had needed to fight whatever was going on in there and things seemed to be on the mend. 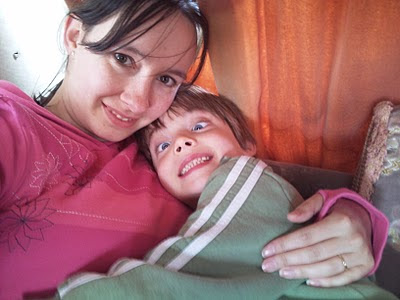