Why I Enjoyed My Brief Period of Home Schooling

Scooby started asking what different buttons on the car dashboard did. So I told him. 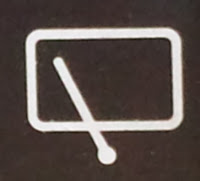 This one is for chopping the car in half. The back end comes off and slows to a stop in the road. The front half is okay because it has the engine and the driver so it keeps going. 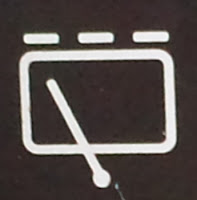 This one chops the car in half again, but vertically. That way you can get rid of the passenger side, so if you’re the driver you don’t have to share with anyone else. It will be a bit breezy though.

This one spins the car round suddenly in the road. Very useful if you're being chased by bad guys. 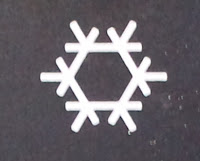 This one makes the car and everyone in it suddenly freeze. This will make the bad guys suddenly crash into you and smash their own car into smithereens, and it also has the added advantage of making you impervious to bullets. It is pretty difficult to switch it off again though, due to being frozen.

This one turns the car into a triangle shape. This is useful if you find yourself going through a triangular shaped tunnel or you need to fit through a crevice in a rock. We can’t leave it on all the time though, or our heads would be squashed. 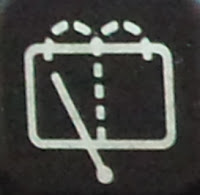 This is the self-destruct button that blows up the car. At this point, he asked his first question: ‘Why would you want to blow up your car?’
‘Because sometimes,’ I told him, ‘people get bored.’
He was very satisfied with my answer.