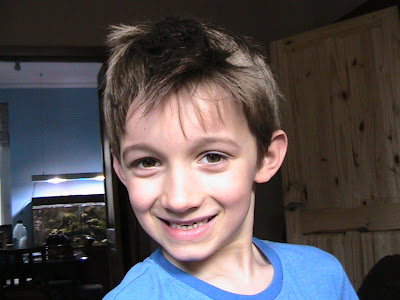 Turtle turned nine on Tuesday – nine! That’s halfway to eighteen (which I’m sure you already knew).
We ended up, through a complicated but unfortunately not unfamiliar situation, in Manchester for the day to go to a hospital appointment which actually didn’t happen. As we’d all gone down together, we made the most of it and went to the Lego Discovery Centre at the Trafford Centre. It was a fun, expensive, memorable day.
Turtle is very proud of the fact he is nine. When I rolled him out of bed early on his birthday (due to our tight schedule for the non-happening appointment) he staggered out and went and stood on the stairs in front of the mirror, pulled himself up to his full height and gave a little smile.
‘Hmm,’ he smiled. ‘I’m definitely taller than I was when I was eight.’
He does seem to have risen to the thought of getting older in the last few weeks. As absolutely lovely and good-natured as he is, his head is often on another planet and he finds it hard to come away from whatever is running through his imagination at that moment. When he’s given something to do that conflicts with his inner monologue, like homework or tidying his room, he usually makes a fuss and will do anything to avoid it, but recently he seems to have risen to the challenge instead. I think he’s finally caught on to the fact that the sooner he does the job, the sooner it will be over.
He also seems to be learning how to use his imagination to help him in his jobs rather than hindering. A few days ago I was trying to bath them all alone and Baby wouldn’t settle on her own once she was dried and dressed but I still needed to get Rocky and Ace out of the bath. So I left her in Turtle’s charge, which doesn’t usually work that well as he usually gets distracted and wanders off or just forgets that he’s watching her until she starts gagging on a piece of Lego. 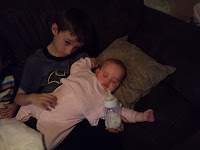 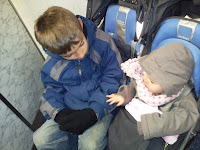 This time, however, I came back to a beautiful scene where a very quiet and fascinated Baby was being taught all sorts of valuable life lesson by her oldest brother.
‘I’ve decided she is old enough to learn about How to Have Adventures,’ he told me. ‘Now Baby, we’ve covered what to do in the desert (accompanied by a sweeping arm movement over his beige dinosaur bedspread and the cuddly toys arranged on it) so it’s time to move onto the ocean. The first thing you need to know for your Ocean Adventure is that THIS (flourishing a plastic shark from behind the drawers) is very dangerous, and under no circumstances should they be approached.’
At this point Baby gave me a huge grin as if to say ‘Have you heard this mummy? My brother is the cleverest boy ever and he’s sharing his wisdom with ME!’
She’s not the only sibling entranced by his entertaining powers. Turtle and Rocky share a room and so Rocky has always been closest to him out of all the brothers. When I say ‘closest’, I mean he reserves the right to take, play with, dismantle, and claim rights to any item that Turtle owns, while defending the same item to the death (or at least to the very-loud-howling-noises) if one of his other brothers touches it. He hero-worships him and wants to do everything alongside him, from sitting next to him at the table, to holding his hand when he crosses the road.
So much so, that on Tuesday in the Trafford Centre when we lost Rocky for three heart-stopping minutes and thankfully had him returned by a very kind lady, after I grabbed him and cuddled him to my pounding ribs with tears in my eyes, he immediately looked beyond me, his frantic mother, and wailed ‘Where’s Turtle? I lost my bwudder Turtle!’ 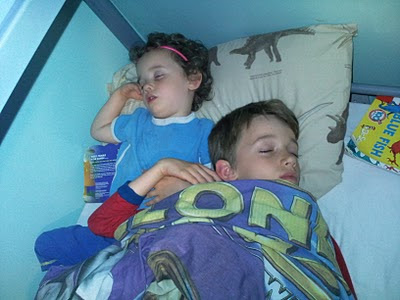