This Christmas has been amazing. We knew it would be heavily influenced by hospital stays and chemo side effects, but it ended up being much less so than we thought. Bucking the trend of medical expectations (well, it IS our speciality), Richard has done much better in this cycle than the first one although it’s supposed to happen the other way around. He came home a couple of hours before Christmas Eve, was well enough to be involved in all the Christmas Day and Boxing Day festivities, and only went back in for two nights this week when his blood levels dropped, because they came back up so rapidly.

Last year there was a hollowness about Christmas that I struggled with - I couldn't even listen to the Christmas songs that I usually love because I missed Scooby so much; this year I feel like we were back to how we were the Christmas before - determined to make it good, and find joy in the tiniest thing. It's amazing how different it feels when you're fighting for something, as opposed to afterwards when you feel you've already lost. In a weird way, I was grateful to have something to fight for this Christmas.

I know some people struggle with Christmas altogether (and probably because of the lack of something to fight for – if you haven’t got children or your spouse or your expectations anymore, then it's easy to think what’s the point in determining to make it good no matter what happens?). It’s difficult to get the balance of magic and realism, enjoying time resting with family and also being available for other people and their needs, working out how much is commercialism and how much is giving yourself permission to indulge in something you wouldn’t usually spend money on. So far we’ve just run with a mixture of all of these things because I haven’t had really strong convictions against any of them.

This year I've felt quite wound up with the whole focus on Santa though. There’s been quite a few news stories about things that have gone wrong with school assemblies or Christmas Wonderlands and the result has been children beginning to doubt that Santa really exists. The quotes that have followed from their parents have all been pretty much these exact words; “And now Christmas is totally RUINED for us.” It’s made me ask, “Really!?! THAT’S what you’ve based their whole enjoyment of Christmas on?”

When I was little, there were one or two movies that showed him, and he would be mentioned once or twice in the run up to Christmas, but now it just seems to have taken over everything. We've never told our kids Santa is real and, up till this year, we've never told them he isn't. When they were little we told them they lay out their stockings on Christmas Eve and in the morning they would be full. Over time, popular culture has filled in the gaps, but it really struck me last year how much the idea of Santa was integral to what they believed about Christmas. Sure, we covered the nativity, but it felt like a bit of an add-on.

So this year (now last year as I wrote this blog two weeks ago) we've started to push Santa out a little. Every night of December, they've opened one of a stack of wrapped books that are all to do with Christmas. Some are nativity stories, some are Santa stories (like the Night Before Christmas) and others are new or traditional tales. We read one a night and talked and prayed about it, but the important thing is we bring it ALL back to God. Because when all is said and done, it is all about Him. 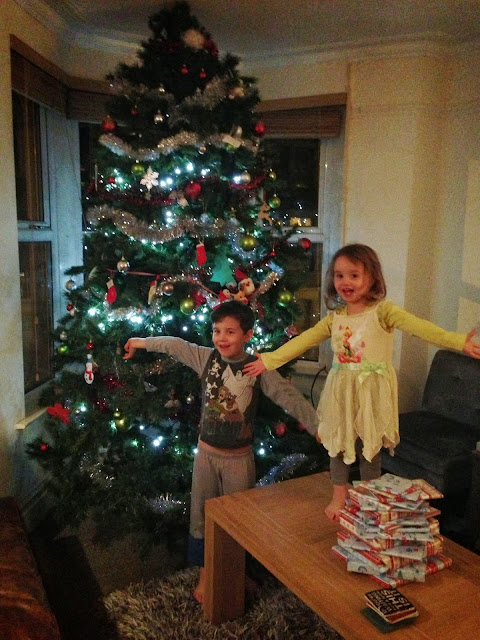 So the story of The Snowman is how nothing on this earth is permanent. The Twelve Days of Christmas reminds us of all the good things we are given by God. A Christmas Carol shows us the importance of using our life to invest in people. Aliens Love Panta Claus shows us that we all have the blessing and opportunity of giving. The Grinch is all about how Christmas is about a work deep down in our hearts, not consumerism. Even the random farm story about how a sheep got stuck in the snow (yeah, I was struggling to find 24 stories that fit into the "quality Christmas tales" genre) showed us the lengths God will go to reach out to us.

And I really feel that the balance is back again. It's not just one Christmas story that points us to God - they all do. The nativity is just the only one that doesn't hide it.

Why do we so desperately want our children to believe in something magical at Christmas? Because we are all preprogrammed to want to engage with something beyond the physical realm. We've set aside carved wooden relics but we hold fast to the Tooth Fairy because something makes us want to teach our children to look beyond and imagine that there might be more.

One of the things that sparked off the most significant conversations about faith this December with our kids has been the movie The Rise of the Guardians. It's a fantastic family film, with a classic fight between good and evil that involves Santa, the Tooth Fairy, the Easter Bunny, the Bogey Man, and more. The good guys are fuelled by people's faith in them; the bad guys are fuelled by fear. When faith is lost, fear starts to take over, and vice versa. That's a great message of truth, but there's also a great message in the way the movie gets the whole concept of faith wrong. People only believe in Santa and his buddies in two ways: if they actually see proof of them, or if they get what they want. As soon as they don't get a physical reward, like a coin under their pillow or an Easter egg, their faith is instantly snuffed out. So it's not actually real faith, it's selfish desire.

So many people have expressed surprise to me that it's possible to keep faith in situations like the ones we have faced as a family, and if I'm honest, I find that weird. I'm not sure what faith is for if it isn't for times like this. If my faith was in things going well or getting my wishes granted, then yes, it would've made sense to let go of it by now. But my faith is in knowing that everything is going to be okay, no matter what the outcome. It's not in my circumstances, it's in a person. I don't see God differently now than I used to, because what we're going through is still in line with what I read in the bible about His character. He promises blessings and comfort, and He promises hardships and victory. He's the God of the bad circumstances and the God of the good circumstances. He's not so frail that He messes up and sometimes people don't get what they wished for because His plans didn't work out. His plans are awesome, and they are always better than ours. He's not my Santa Claus - He's my God. Every good thing I've been given was from Him in the first place, and He gets to choose how long I get to keep it for. And that's okay. So my faith is not in what He gives me, it's in Him.

That’s why hopes and plans can come and go, and illness and broken dreams can destroy my wishes, and I can still have the deepest joy that a person can feel. Cos nothing, nothing, NOTHING can separate us from the love of God. Which means nothing can ruin my Christmas, my life, or even my eternity. 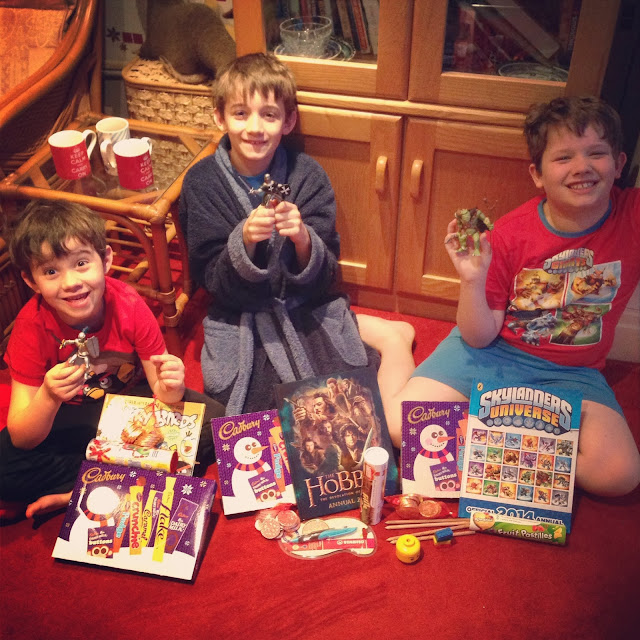